Chuck McKenzie is the champion of horror (and SF & Fantasy) in major retail bookstore chain Dymocks. He’s the manager of the Dymocks Southland (Melbourne) store, and his devotion to all things dark and speculative has resulted in that store becoming a beacon of sales success.

Chuck is the Keeper of the Dead (Managing Editor) of zombie fiction review site NecroScope and a reviewer for HorrorScope. He’s also a writer of humorous (and often poignant) horror and SF. His body of work includes the collection Confessions of a Pod Person (MirrorDanse Books) and the novel Worlds Apart.

As someone with his foot in both camps (author and bookseller) – and especially as he’s an innovator for a major bookstore chain – Chuck’s opinion on e-books counts in a very big way:

“Factoring e-books into the bricks-and-mortar equation”

I manage a franchised chain bookstore in Cheltenham, Victoria, and as a traditional print bookseller, I’m often asked by customers walking in off the street whether we stock either e-readers or e-books. Most are only mildly surprised that we don’t because e-readers seem to be regarded by many as the natural enemy of the printed book. What tends to surprise these customers more is when I go on to tell them that at some point we certainly will be stocking e-readers, and that we’re currently in the process of seriously researching the pros and cons of what’s available on the market, and what products are likely to be released in the near future.

Certainly, we’re not the only bookseller to jump aboard the e-reader wagon. RedGroup (who own both Angus & Robertson and Borders in Australia) stocks the Kobo, Amazon has the Kindle. Even independent Melbourne retailer Readings recently announced that it had produced its own user-friendly e-reader. There’s no doubt that the playing field for traditional booksellers has changed forever, but does this necessarily mean the end for traditional bookshops?

I would suggest not. For a start, as indicated above, there’s the option for booksellers to begin selling e-readers, and by extension – e-books, and I can only see this area of bookselling growing in profitability. Sure, you have to sell more e-books to make the same profit you’d make on a single printed book, but then, that’s kinda the point – readers can, and do, buy more e-books for the same money they would once have laid down for a single printed book. Also, it’s worth pointing out that there are still those customers who would prefer to purchase – and more importantly, own, books in the traditional form … but I’m getting slightly ahead of myself here.

Let’s backtrack for a moment. There’s no doubt in my mind that the traditional bookselling industry is in for a rough time in the near future. Already hit by the double-whammy of the GFC (which made book-buyers pull their belts in) and the growing popularity of cheaper online purchasing, booksellers are now feeling the brunt of the massive surge in the development and sale of e-reader technology. Why buy a single blockbuster new-release fantasy novel for $32.95 when you could buy it as an e-book for around $10? Why take a suitcase full of cumbersome paperbacks on holiday when you can download hundreds of e-books to a handy little device that just about fits into your pocket? Given that a remarkably large portion of the population is now extremely tech-savvy – and more importantly, have a preference for tech over traditional media – it seems obvious to me that e-books will soon monopolise the retail bookselling industry; comparing sales of print books with those of e-books will be like comparing sales of CDs to those of music downloads. 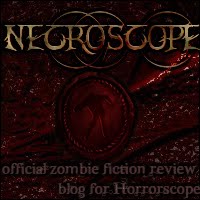 That’s not an accidental analogy, by the way: the bookselling industry is currently facing exactly the sort of changes that the music retail industry faced around eight years back, and unless booksellers quickly learn to roll with the changes – in the same way that the music industry didn’t – many may simply go out of business. Many will go out of business precisely because they can’t – or more likely, won’t – accept change. Some, however, will demonstrate sufficient flexibility and market understanding to not only remain operational, but to do extremely well in the New Market.

Which brings us back to the lure of traditional printed books …

Here’s how I see it. Within the next few generations, those who grow up with e-reader technology will largely adopt it as the sole means of buying and reading books, with almost any e-reader able to inexpensively access virtually any published work that has ever seen print, from ancient classics to the latest releases. Now, this may just sound like another way of stating that everyone will eventually download all of their book purchases, thus relegating traditional print publishing to the scrapheap of history, and certainly, this is a concept that has seen a vast amount of discussion – both positive and negative – in recent times.

The one point that people almost always seem to ignore, however, when discussing the inevitability of the Universal Download, is that – currently, at least – people like books.

Technology doesn’t always relegate tradition to the scrapheap. Sure, PCs have been around for about 30 years now, and who uses a typewriter anymore? But on the other hand, e-mail (and twitter, etc.) – while certainly the primary method of communication between the tech-savvy – certainly hasn’t put Australia Post out of business. By the same token, many readers are genuinely fond of printed books: something you can not only hold in your hand (as you can with an e-reader), but also display on your shelf, get signed by an author*, or – dare I suggest it – accidentally leave on a train with minimal psychological or financial trauma.

Will this love of printed books be sufficient to save the bookselling industry? No. At least, not the bookselling industry in its current form. I predict that over the next few years at least half of all traditional booksellers, particularly bricks-and-mortar retailers, will close due to the dwindling market for printed books and the inability of the publishing industry as a whole to adapt to a purely price-driven market (which is a whole ‘nother post in itself!). Those that survive will be the booksellers who can compete on factors other than price, such as service (an aspect sorely neglected by many bookshops currently), specialisation and range (i.e. providing a range of certain specific genres such as speculative fiction, romance, academia, etc. that other shops don’t carry, with staff knowledge and expertise to back it up), and the ability to factor e-tech into their operations, above and beyond simply stocking e-products.

What exactly does this mean? Consider the following idea, for example: in the near future, the average reader will spend the $24.99 they have budgeted for book purchases – and which would once have got them only a single printed book – on purchasing up to three e-books. As a result, more titles overall will be purchased per capita by readers, including many titles purchased purely on the basis of low cost, which the buyer would never have purchased if those titles had been expensive print publications. So: more publications are purchased and read – and by extension, enjoyed – than would have occurred in a print-only market. Now, while a downloaded version of any book will suit most readers just fine, there will remain a reasonable percentage of folk who will still want printed copies of the books they particularly enjoy (just as many who download music will eventually purchase CD copies of those downloads). Having read ten books on their e-reader, maybe the average person decides that they’d like to purchase hard-copies of three of those books, so they take their proof of purchase to a bookstore to indicate the titles they’ve downloaded from that store’s website, and the bookseller gives them a 20% discount on the printed versions of those books. In other words, the bookseller is actually taking into account the buying habits of the New Market customer, rather than simply servicing an increasingly small niche market of print-book readers. In doing this, the bookseller actually creates a demand for print books, rather than simply replacing print with downloads, while simultaneously prompting readers to buy their e-books specifically from that shop’s own website.

Just one example of how it could all work. Many more to be explored. In the end, we can only speculate on what the future will bring. Based upon the trends and information at hand, though, I can still see myself selling printed books for a fair while to come. With a little help from my PC.

* While you can’t yet get the actual text of an e-book signed by your favourite author, I can see the possibility of eventual alternatives: perhaps including a video function on a future e-reader that allows you to record a personalised message from John Scalzi or Peter V. Brett when you meet them at a convention.

Note: The opinions expressed here are those held by Chuck as an individual and do not necessarily reflect those of Chuck’s employer, Dymocks.

If you’re in Melbourne, visit Chuck at Dymocks Southland – Shop 3067/8 Westfield Southland, 1239 Nepean Highway, Cheltenham – where he’ll provide you with excellent service and even better advice on a good book to buy.

Chuck’s collection Confessions of a Pod Person (which features a zombie or two) is available in good old print from MirrorDanse Books.

And if you like zombies (and who doesn’t?), Chuck is the Keeper of the Dead at NecroScope, Australia’s #1 zombie site.

The Grand Conversation on ebooks will run here at www.jiraiya.com.au until February 28. If you’d like to contribute a guest blog post, email me at shane@jiraiya.com.au.