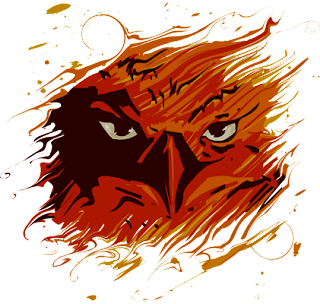 Chalk up one more for the good news column: my novella Phoenix and the Darkness of Wolves has been sold to US independent press Damnation Books. The novella will sell as a standalone e-book and trade paperback in early 2010.

What’s it about, you ask?

Think of it as an Australian version of Stephen King’s The Gunslinger (Dark Tower 1):

Australia has been devastated by a supernatural inferno. Damon believes he is the last ash-covered survivor, a man’s whose past – and future – is inextricably tied to the magick that caused the conflagration. Trudging through this apocalyptic wasteland, he hunts a phoenix in the hopes of using its magick to restore his lost family to humanity. His family, in turn, have been condemned to limbo as shadow wolves, emerging for a few fleeting moments every sunset to hunt Damon in the hope his death will free them from their torment. The hunt is on!

Expect more in the coming months, but in the meantime, here’s a sample:

The sun had finally set in Northam.

The Fire was vaguely humanoid and had grown to skyscraper proportions. It had completely consumed its pyre and the bodies around it, and was expanding itself outward, throwing off walls of fire to incinerate priests as they attempted to flee. It spread further and further out, burning the very earth itself, gouging a crater as it took root. With each moment, the screams diminished and the roar of Fire consuming everything in its path grew.

“Sweet Gaia,” Damon murmured as the heat and the roar intensified, as two white hot pits in the centre of its being turned to regard him. “What have I done?”
Flames exploded all around him, and as the full force of the unleashed Elemental cascaded toward him, his thoughts fumbled for the cornerstones of his life. His family. His desire to protect them. His failures.

As the flame surged and engulfed him, slammed him against the car, and he threw his arms up in a futile gesture, his totem animal filled his mind. The spirit that sealed the protection runes cut into his flesh and gouged into his very soul. A spirit born of fire.

Posted in: Phoenix and the Darkness of Wolves